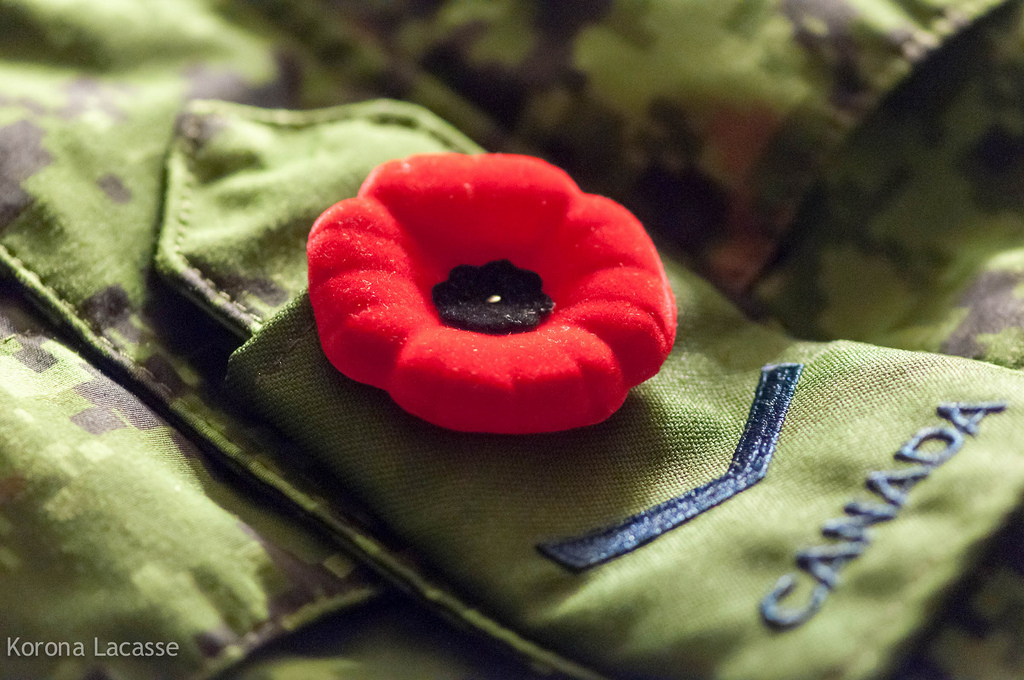 This past summer, we spent part of our holiday in Ottawa. While there, we took a day and went to the Canadian National War Museum.

We could have spent several days.

My whole being was overwhelmed with the sheer size of the museum, the amount of artifacts and war vehicles/planes, and the way they re-created the atmosphere so it actually felt like we were in a war zone.  The museum was brutally realistic. Explaining it all to 2 young braves was especially challenging.  I reached a point where I couldn’t absorb any more facts, and my ears were ringing with the actual war sounds. My heart was sick from the video footage and diary entries.

I am guilty of not continually and deeply appreciating the great cost of my freedom. It’s a freedom that is passed down from generation to generation without effort.

It surely is far more precious to those who paid the price.

I was sitting at the piano during our Remembrance Day service yesterday waiting to play “O Canada” and “God Save The Queen.”

The moment of silence began and thoughts flooded my heart….thoughts of the things I hold dear. They are the very things that hundreds of soldiers gave up in exchange for their vision of a free country.

They gave up so much….

Hopes of getting a first job or going to college were disappointed.

Relationships were strained by distance and by impractical means of communication.

Plans to date or marry were interrupted.

Dreams of having children and raising a family were changed, even dashed forever.

Soldiers saw death claim the lives of their childhood buddies.

But even through the hardships, dreams were realized. Different dreams.

A war ended, a weary soldier came home, a country was free!

Anguish and joy embraced, and a different life was begun.

My Grandfather served in World War II.  Once in a great while when we were talking, he would open the ‘war window’ in his heart and talk about it for a few minutes.

He usually ended up crying, and the window closed again for a long time.

He couldn’t watch anything on TV that even remotely resembled war. He had seen too much.

His heart was scarred for life.

How I wish I could thank him today for everything he went through to win my freedom. Now that I’m an adult, I see things more clearly….and I wonder, what am I doing to pass this sense of awe and thankfulness on to my own children?

It could be my son someday. The sacrifice hits home again.

While I have this moment, I thank God for my Grandfather Robert Glenn Maxwell (“Mac” to us), my father-in-law Roscoe Morris Highfill, and my cousin Justin Jones who have served or are now serving my home country.

On Remembrance Day (Veteran’s Day for USA) Canadians remove the “Lest We Forget” poppies that they have worn for 11 days to honor those who served.

But the price doesn’t disappear with the poppy. The sacrifice lives on.