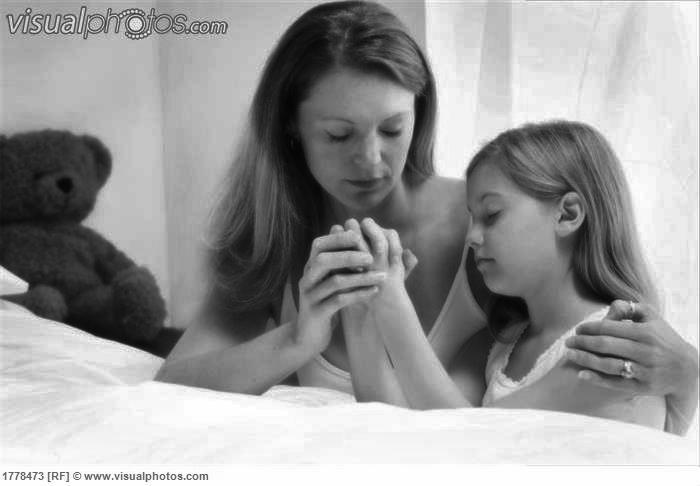 Even before birth, we touch them. When they kick, we poke back at them, hoping to encourage more movement.

At the moment of birth, the tiny body is placed on Mom. Skin to skin is best, the nurses sing out. And with the touch comes bonding.

Somewhere in between birth and 2 years of age, the toddler becomes harder to keep up with, harder to keep still. If you’re like me, you’ve found that opportunities for intentional touch have to be sought after.

One of my children would sit for hours and be caressed and kissed. The other one- not so much. There’s nothing wrong with that; they are just different from each other. They’ve been that way since birth.

But I’ve recently discovered something unique.

It all started with my love of listening to Scripture being read aloud. I can’t even put into words how much it moves my spirit and blesses me to hear God’s words read aloud on CD, especially when the verses are backed with good music.

One day while listening to Betty Panosian read aloud on one of the Scripture Meditations CDs, I was almost startled to hear a verse that I had never really stopped and thought about. I stopped washing dishes, dried my hands and replayed the track.

“Then were there brought unto him little children, that he should put his hands on them, and pray.” Matthew 19:13

“And they brought young children to him, that he should touch them: and his disciples rebuked those that brought them. But when Jesus saw it, he was much displeased, and said unto them, Suffer the little children to come unto me, and forbid them not: for of such is the kingdom of God. Verily I say unto you, Whosoever shall not receive the kingdom of God as a little child, he shall not enter therein.” Mark 10:13

Can you visualize this incident with me? On this day in history {and perhaps many other days like it}, parents bring their children to Jesus with the simple request that He would touch them, bless them, pray for them. The disciples become nervous that these little hard-to-keep-still offspring will disrupt Jesus’ very important schedule.  They rebuke the parents. Jesus becomes much displeased, and I imagine that He is almost offended that someone should suggest such a thing. He rebukes the disciples and brings a bit of reality to their perspective as to why He is even on the earth.

Then He softens and turns his gaze on the precious little ones. He reaches out and touches them.

He picks a few of them up. He prays for them. Blesses them. Returns them to their parents.

I don’t know about you, but I’m so humbled by this picture!  Christ obviously felt that it was very important to touch the children while He prayed. And still there are many other places in the Gospels where we read of His touching those whom He ministered to.

I wonder, who were those children who received that very special touch and prayer that day? Did they grow up to be great servants of God? Are they mentioned later in Scripture? Did they remember that moment as long as they lived? Did their mothers scratch an entry in their parchment baby books, “Held by Jesus today. Touched, blessed, and prayed for by the God of the universe.”  I just wonder.

Back to my discovery…

I’ve noticed that when I put my hands on my children while I pray for them, they become still. Perhaps they are at the perfect age to realize what Mommy is doing. Nonetheless, it touches ME to see how they respond during my prayers for them.  With my cuddly one, it’s pretty easy to touch and pray. With my independent one, it takes a little more effort on my part to initiate the touch. It takes some intentional calming on the child’s part to allow the touch. It’s with this child that I see the greatest effect.

I don’t know why, but it comforts me. It makes me feel like I’m doing something Jesus did for children, and that someday it will matter that I put my hands on my children while I prayed for them.

I’m not talking about some magical power- just a deeper connection during prayer.

Try it with me? See what a difference it makes over time.